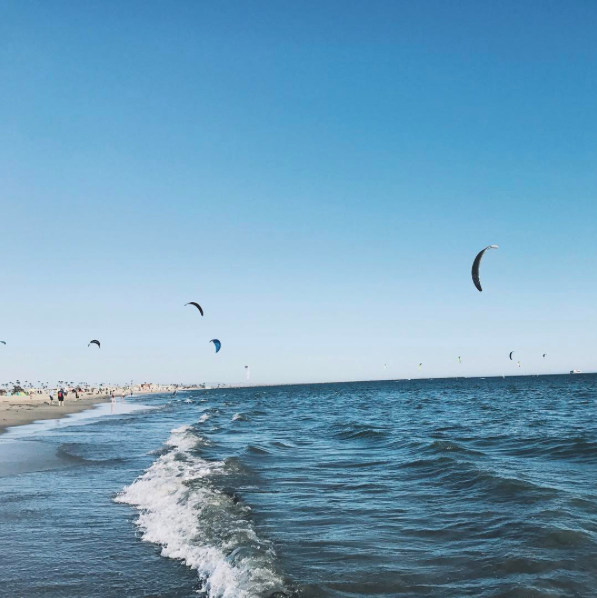 The City of Long Beach continues to receive excellent water quality grades from Heal the Bay, with 92 percent of its beaches receiving “A” and “B” grades in the 2017 Annual Beach Report Card that was issued on June 15. Long Beach has seen sustained improvements in water quality over the past six years.

“Our investments in technology and infrastructure improvements is paying off as we continue to see increase in our water quality,” said Mayor Robert Garcia. “Keeping our beaches and waterways clean for the safety of residents and visitors is our priority.”

Twelve of the 13 beaches sampled received “A” or “B” grades from April through October, including three “A+” grades. The State Health and Safety Code, known as AB 411, requires testing of recreational waters during this important time period when the most people go to the beach and enjoy the water.

“I could not be more proud that we have great water quality here in Long Beach,” said Councilmember Jeannine Pearce. “As we move into the summer season, beachgoers can enjoy the water with peace of mind.”

Water quality in the Alamitos Bay received high ratings, with the Bay receiving one “A” and two “A+” grades from April through October, and an “A+”, an “A” and a “B” grade from November to March.

“We recently celebrated new improvements to the Colorado Lagoon,” said Councilwoman Suzie Price. “I hope that our City’s high water quality ratings will encourage the community to come out and enjoy this beautiful place and our coastlines that have made incredible improvements in water quality in the past few years.”

Rainy weather remains a challenge for the region as well as the City of Long Beach, with the Los Angeles and San Gabriel Rivers flowing into Long Beach waters. This year’s rainfall levels exceed the five- and ten-year averages, which may have impacted winter and wet weather grades. The City will continue to work with upstream cities, state and federal regulatory agencies and other stakeholders to address impacts from storm water runoff.

Here are some examples of how the City of Long Beach uses infrastructure improvements, grant funding, regional partnerships and technology to improve water quality in Long Beach: