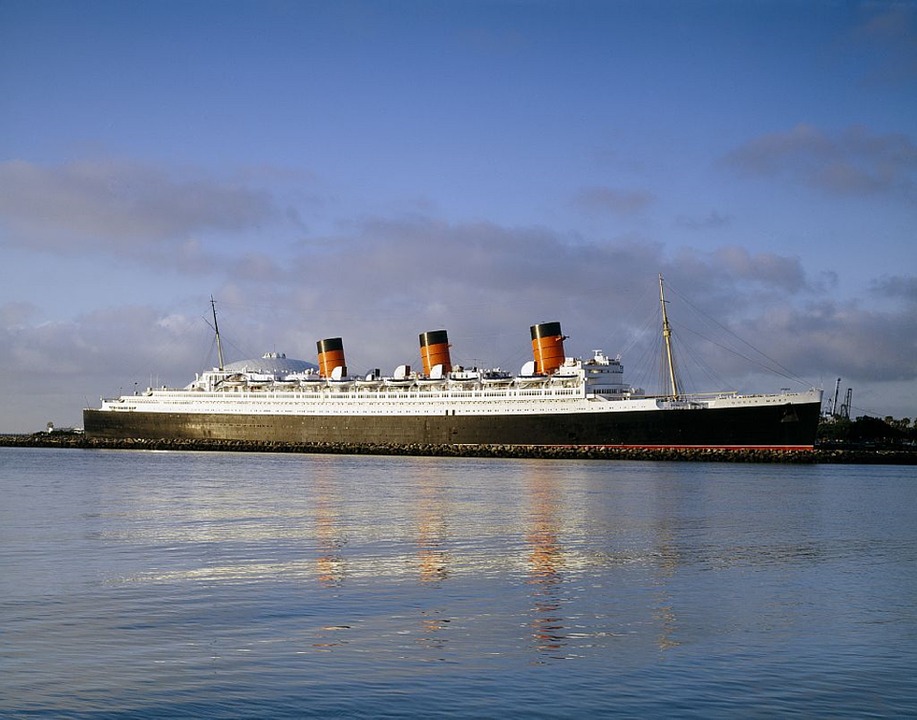 Although some outside the Los Angeles megalopolis lump Long Beach in with L.A., the city (yes, it’s its own city!) has its own distinct identity and history. Long Beach is also far from insular; the Port of Long Beach has the second-busiest seaport in the U.S. (after the Port of Los Angeles), which means that it’s one of the main arteries that connects L.A. to the rest of the world. And the city itself is has a history of importing/exporting things that are distinctly Los Angeles, from Art Deco architecture to Snoop Dogg and the rest of the “213” crew. Which is all to say that, while the city exists geographically at the tip of the county, it’s very much central to the L.A. ethos (it is, after all, the second largest city in the Los Angeles area). Here, we comb over some of the lesser-known trivia about the proclaimed “International City.”

It Was The Starting Point For Social Security In The U.S.

In 1933, an American physician (and Long Beach resident) named Francis Townsend penned a lengthy “Letter to the Editor” to address poverty among the elderly. That article was published in the Long Beach Press-Telegram. It struck a chord with readers and led directly to a formalized plan (developed by Townsend himself) to enact a sales tax to give everyone over 60 a pension of $200 a month. As noted in the L.A. Times, the plan “drew millions of adherents, a nationwide flood of publicity and the nervous concern of politicians in Washington.”

Ultimately, President Franklin D. Roosevelt would flout Townsend’s idea and develop his own social security system, which was decidedly less generous (it maxed out at $41.20 a month). But it’s undoubtable that Townsend had forced the issue for the U.S. government, and had popularized the idea of social security (and thus easing its passage). As cited at the Social Security Administration’s website (which offers a bizarrely thorough takedown of Townsend’s 80 year-old plan), Roosevelt was quoted as saying that “Congress can’t stand the pressure of the Townsend Plan” unless it had “a solid plan which will give some assurance to old people of systematic assistance upon retirement.”

It Has A Connection With The Birth Of Disneyland

It’s said that Walt Disney used to take his children to the merry-go-round at Griffith Park, and that the attraction had inspired him to build his own fortress of themed-entertainment (this story has been vetted by one of his daughters). While the merry-go-round was built by the Spillman Engineering Company, it’s also said that some of the horses were carved by Charles Looff, a Danish-American who, to this day, is regarded as a master builder of carousels.

Looff’s resume is unimpeachable. He’d built Coney Island’s first carousel in 1876, and would later head west to bring his attractions to Santa Cruz, Venice Beach and Santa Monica (where he built the Hippodrome and basically founded the Santa Monica Pier entirely). He also installed a carousel at (the older version of) The Pike in Long Beach, and he took up residence on the second floor of the building that housed the twirling contraption. Unfortunately, a fire destroyed the carousel in 1943, and The Pike would later shutter in 1979. Today, Looff’s Lite-A-Line on 2500 Long Beach Boulevard serves as a museum dedicated to the wide bounty of Looff-created amusements from The Pike.

Coming back to Disney: apparently the horses at Disneyland’s own King Arthur’s Carousel each have a name, and you can get a list of them at the park’s “City Hall.” One of those horses was given the very appropriate name of “Looff,” according to this fansite.

The Spectacular Failure Of The Spruce Goose Happened Here

The Spruce Goose will never shake its reputation as being the laughing stock of aeronautics history, and it was in Long Beach that it cemented its place in lore.

During World War II, the U.S. government commissioned Howard Hughes and his company (the Hughes Aircraft Company) to develop a huge aircraft that was capable of hauling a large number of soldiers and equipment—it was also expected to be able to float on water. The problems rose from the start; because of wartime restrictions on steel, Hughes decided to construct the plane out of laminated wood (hence the “Spruce”). This dubious frame was then outfitted with eight propeller engines, and doused with $23 million in developmental costs. Ultimately, it took so long to make that the war had ended by the time it was completed.

Eventually, Congress demanded that Hughes demonstrate the plane to show that the money went to a good cause, and what resulted was an unannounced flight test in Long Beach Harbor on November 2, 1947. As noted in a Times article that covered the event, “an estimated 15,000 persons jammed beaches and piers along the course” to watch the trial…which turned out to be pretty anti-climactic, as the Spruce Goose flew only a mile before landing. It wasn’t quite as dull for the guys inside the plane, however, as they reported a nervy experience in which “the hull skipped from wave to wave when the speed increased,” and a “violent motion shook the cockpit,” as well as a “hollow booming of its hull.” The plane never flew again. It was later kept in a climate-controlled hanger that took $1 million a year to manage, and then moved to the Evergreen Aviation Museum in McMinnville, Oregon.

On June 23, 1921, an oil well that was dubbed “Alamitos No. 1” sent a geyser of “black gold” shooting 114 feet into the air. It marked the beginning of what is known today as the Long Beach Oil Field, one of the most productive in the nation’s history. According to the American Oil & Gas Historical Society, the oil field was deemed by the Paleontological Research Institution as being the largest in Southern California at that time, which is made even more impressive by the claim that, by 1923, California was supplying a quarter of the world’s entire output of oil. Within two years of Alamitos No. 1’s discovery, the field was turning out 68 million barrels in a single year. And by the mid 20th century it had the highest oil production per acre in the world, according to the Atlantic.

Not surprisingly, the city went on to have a complicated history with oil. The proliferation of oil derricks became an eye-sore (see: photo above), and the field was said to be the basis for Upton Sinclair’s Oil!, a pointed critique of oil and the dangers of unchecked capitalism (the book itself was an inspiration for 2007’s Oscar-winning There Will Be Blood). Also, recent research suggests that drilling at another site (in Huntington Beach) may have caused the Long Beach Earthquake of 1933. The 6.4-magnitude quake led to 120 deaths, including 52 in Long Beach and 17 in Compton, making it the deadliest ever in Southern California.

Sidenote: technically, Alamitos No. 1 was in Long Beach only for a brief spell. After the discovery of oil, some guys decided that they didn’t want to pay Long Beach’s per-barrel tax, so they formed the city of Signal Hill, which was incorporated in 1924. The small enclave is completed surrounded by the city of Long Beach. The site of Alamitos No. 1 is memorialized today at Discovery Well Park in Signal Hill.